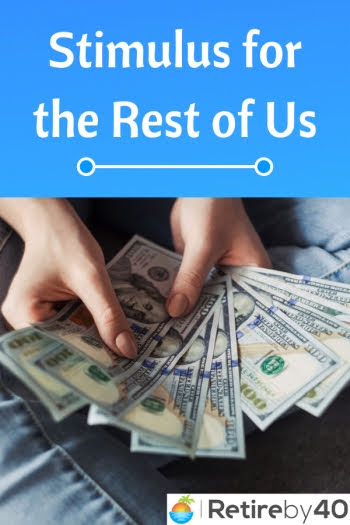 Yes! We have some good news from our lawmakers. A big stimulus is coming. Families are hurting as many businesses shut down or scale back to prevent the spread of COVID-19. This is a huge problem and the government is working hard to prevent the US economy from crashing into a depression. This stimulus package will send much-needed money to every part of the economy – big businesses, small businesses, and individuals. The bill passed in the Senate on Wednesday. It’ll go to the House of Representatives next and the president after that. This will be a massive $2 trillion stimulus package. Let’s see where the money goes and how much help regular people will get.

Families need help and we need it now. The Senate took a few days to pass the bill, but I think it’s worth it. This is a bipartisan bill with some oversight. That’s how a functioning government should work. Here is how $2 trillion gets divided, roughly.

The stimulus bill has a provision to prevent the president and his family, lawmakers, and other major figures from getting loans from the program. Mar-a-Lago won’t get any money this round.

This doesn’t quite add up to $2 trillion, but there are bits and pieces going out to all parts of the government and economy. For example, the Peace Corps will get $88 million and student loan payments are deferred for 6 months.

*You can read the bill yourself here.

Stimulus for the rest of us

What about us regular people? What are we getting? Let’s dig into how much individuals and households will receive from this stimulus bill. They’ll look at your 2019 tax return to determine the benefit. If you haven’t filed taxes yet, they’ll use your 2018 tax return.

*Important* There is a phase-out. Dig up your tax returns and look up your adjusted gross income (AGI) to see if you’ll get a check.

Here is another part that will help workers who lost their job. The stimulus package adds $600/week to unemployment benefits for 4 months. This is in addition to what laid-off workers normally get. This is really good. It’ll bring many workers’ income back to their normal level.

The bill would also add up to 13 weeks of extended unemployment benefits. Normally, your state covers 12 to 28 weeks of unemployment.

The bill would also benefit gig workers, freelancers, and self-employed. Normally, this group of people does not qualify for unemployment benefits. I’m not sure how this will work, though. I guess it depends on your state. I’m trying to get more details on this, but I couldn’t find much info. I’ll update this post soon.

This part covering gig workers is going to be tricky. Most gig workers have more than one gig. For example, one gig worker may drive for Uber, rent out a room on Airbnb, do some pet sitting, and charge scooters. All of those income streams decreased tremendously due to social distancing and schools shutting down. Most gig workers are still making money, but much less than before. Can they qualify for some benefits?

What about sole proprietors? My business income is way down in March. I don’t have any employees so my expense is pretty low; however, income is down. We’ll have to wait to read the bill to figure it out.

There is more information out, but it’s still unclear. For gig workers that lost a lot of their income, it sounds like you should stop working gigs and file for unemployment. Once things are back to normal, then go back to your gigs.

For self-employed and sole-proprietor, I have no idea. It sounds like you can say you’re looking for a job (self-certified) and can claim unemployment. You’ll have to send in tax returns and 1099 to verify that you had income in previous years. This part is very confusing.

How will you spend it?

We filed a joint tax return and have one child so we should receive $2,900. I know we’re really lucky compared to many families. We have several streams of income. Even if a few are disrupted, we can still pay the bills. Here is a quick recap.

We live modestly so we won’t have to make any big change to reflect declining income for now. If things keep deteriorating, who knows?

The stimulus check will come in handy, though. I’ll spend half of it to support the local economy and save half in case our tenants need help. Mrs. RB40 is working at the dining table and it isn’t a good working environment for her. I’ll order a loft bed from a local company and set up an office for her in our son’s room. He doesn’t spend much time there anyway. We’ll also spend more on take-out to support our favorite restaurants.

What about you? How will you use your stimulus check?

The post Stimulus for the Rest of Us appeared first on Retire by 40.