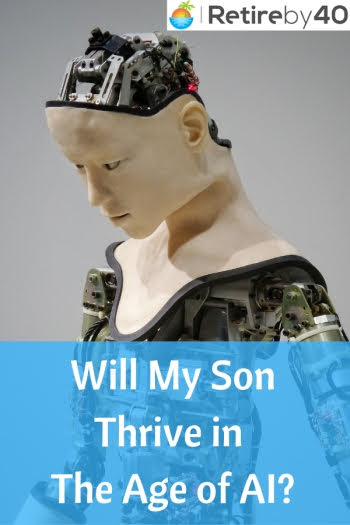 Well, RB40Jr (our son) has found the latest craze – watching obnoxious people play video games on YouTube. This latest evolution in entertainment is driving me INSANE. Before this discovery, he used to play games on the tablet. Of course, I’d prefer him to read or go play outside, but it’s winter. Staying indoors and goofing off is okay. Besides, playing video games isn’t entirely bad. I used to waste a lot of time on them, too. Then, he found Dude Perfect and Team Edge on YouTube. They do various challenges and trick shots. This is okay with me. At least, these challenges gave him some ideas.

Unfortunately, the next thing he found on YouTube is total crap, IMO. Junior found Jelly and his friends. (FYI, I have no idea who any of these people were before this.) These guys play games like Golf It, Fortnite, and GTA while yelling a lot. First off, the idea of watching other people play video games is repellent to me. Why spend time watching other people play video games? Why not play the games yourself? At least, it’ll be interactive and you’ll have fun. Second, these YouTubers are super obnoxious. Why do they have to yell and laugh loudly at everything? That’s noise pollution and I don’t need it. I guess we could get our son some headphones, but I don’t think that’s a good idea. He already has a hearing impairment in his left ear. A pair of headphones will only make things worse because I’m sure he’ll crank it up. Anyway, these videos are driving me crazy. He can watch them for hours on end. That’s nuts. I’m trying to put a cap on this activity, but he’s resisting.

What does this have to do with the coming age of AI? Stick with me and I’ll come back to it in a bit. I’m sure you know that today is the dawn of the AI age. They are not too smart yet, but they are slowly integrating themselves into our society. Here are some examples of rudimentary AI.

AI development will accelerate and it will seep into every facet of life. According to experts, AI could replace 40% of jobs in the near future. In a few years, anyone who depends on driving for a living will be screwed. Bus drivers, pizza delivery guys, Uber drivers, long haul truckers, and airline pilots will all be out of a job. Well, maybe the pilots will stick around for a while, but that job is on the way out once people trust driverless cars. Before long, AI will be able to cook, read your x-ray chart, fill your prescriptions, walk your dog, and more. They will replace humans in many many jobs.

The future is going to be tough for the next generation. Of course, smart people don’t get discouraged. They adapt. If AI takes over 40% of the jobs, that’s fine. We still need humans to develop the AI and fix the messes they will inevitably make.

Customers prefer to talk to a human when they need help. Nobody wants to talk to a robot. I always hit “0” first whenever I hear a robo voice. If that doesn’t get me to a real human, I’ll listen to the menu more carefully. I know, I’m super impatient. At some point, the AI will improve enough to fool a human over the phone, but it won’t be anytime soon. Anyway, there will many new jobs in the AI age. The next generation just needs to be prepared to take advantage of the opportunities.

So how can you thrive in the age of AI? Let’s go through a few recommendations for RB40Jr.

One way to get ahead of the wave of AI is to work on AI. What we call AI today really isn’t true AI. Computer can do amazing things, but they can’t think critically. We will need scientists and engineers to keep improving the AI. They are not good enough to take over the world yet.

Many top-notch universities now offer an Artificial Intelligent track. Students can study machine learning, deep learning, machine-human interaction, and research in an advanced AI lab. This actually sounds really cool. AI is cutting edge technology and the next generation can still get in on the ground floor.

There is a downside to this, though. Tech workers are becoming a commodity. There are lots of people in the field and universities around the world churn out millions of new grads each year. In the US alone, there are over half a million new grads in the science and engineering fields annually. We’re actually 3rd in this arms race. China and India are first and second respectively. The World Economic Forum reported that China had 4.7 million recent STEM graduates in 2016. That’s a ridiculous number of tech workers. You’ll have to be a star to excel as a future scientist/engineer.

Unfortunately, I think technology is going the way of manufacturing. It makes more sense for corporations to move R&D overseas due to worker availability and cost. This is already happening in many companies. Also, engineers are worked like slaves and their careers can be short-lived. I’m hesitant to recommend STEM to my son unless he’s really good at it.

On the opposite spectrum, kids can shore up on soft skills. Sure, AI might take over 40% of jobs, but we will invent a bunch more new jobs. We could extrapolate this from the computer/information age. Worker efficiency improved tremendously over the last 50 years, but we are all working harder than ever. (Except the few of us who escaped the rat race, of course. Go FIRE! )

Why are we working so hard? I think it’s because we invented all kind of stuff to do so we can fill the work week. When I was an engineer, I probably worked on technology 15-20 hours per week. The rest was filled with meetings, emails, TPS reports, training, collaborating, customer support, networking, and all kind of corporate BS.

The point is human (management?) will invent new work and jobs to keep the workers busy. 50 years ago, there were only a few people in telemarketing, middle management, human resources, retirement planning, healthcare billing, and public relation. There are just some examples, but they are a huge percentage of our economy now. There will be all kinds of new jobs in the AI age and these new jobs will require soft skills.

Now the downside. It will probably be easier to find soft skill jobs in the AI age, but lots of these jobs will not be very satisfying. Most of these made up jobs aren’t necessary to the world. People in that line of work tend to dislike their job. Check out David Graeber’s rant about made up jobs – On the Phenomenom of Bullshit Jobs. Being a human face for the AIs sounds like a tedious job to me.

Now, we’ll get back to the YouTubers. Jelly and his friends are super annoying to me, but they have millions of subscribers. Lots of people love them. Why? I have no idea. But, I know these popular YouTubers are raking in some serious cash. Anyway, they’re well prepared for the AI age. They are content creators. As a matter of fact, I am a content creator, too. The internet made it possible for anyone to create content and easily share it with the world.

Human will continue to hunger for helpful/entertaining content in the future. AI can’t make fun videos with obnoxious comments yet. We still need humans to do that. This is the self-employment/entrepreneur route. If RB40Jr isn’t good with STEM and can’t hold down unsatisfying soft skill jobs, then this can be an alternative. Even if he’s good with STEM, I’d still encourage him to create content. Those future engineers will have a short shelf life. You can’t trust the corporations. It’s best to have an exit strategy and create a personal brand.

In fact, we plan to start creating some videos when the weather improves. RB40Jr already enjoys using his kiddie camera to make videos so it should be fun for him, too. This will help him get started in the content creation space. Hopefully, he will spend a bit more time creating content rather than just consuming them. Although, it seems like you need to have a loud personality to be successful on YouTube. Maybe he can learn to be obnoxious with his friends when I’m not around.

*What are you waiting for? If you’re not creating content, you’re falling behind. See my guide – How to start a blog and why you should. Join the creative economy.

The age of AI is coming. If you’re a millennial (23 to 40), it probably will have a profound effect on your career. AI will take over many jobs but there will be many more new jobs, too. I think it will be more difficult for mid-career folks to adjust. It’s tough to change career at that age.

The younger generations like my son’s will probably be fine. By the time he graduates from college in 15 years, the AI economy will be more established. The picture will be much clearer then. He’ll be able to see which fields can offer financial security.

Well, what do you think about work in the coming age of AI? Would you steer the future generation toward STEM or tell them to learn to use soft skills effectively? In either case, we’d better tell them to be imaginative and create content. People will want entertainment after a long day at the office, even when the AI is in charge.

The post Will My Son Thrive in The Age of AI? appeared first on Retire by 40.