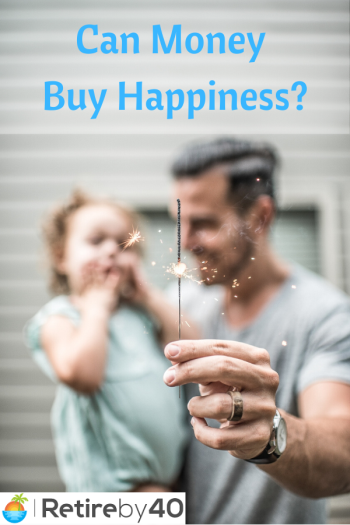 We had a rare mild sunny day here in Portland last week so we took advantage of it by going out to run around the parks nearby. First, we went to feed the pigeons with some stale bread. The pigeons have been listless lately because it has been so cold, but today they didn’t disappoint. They were really hungry and there were more than 50 of them aggressively swarming us (plus about 8 seagulls.) Baby RB40 had a ton of fun feeding the pigeons and chasing them around. I pointed out the bird poop on the ground and told him not to touch them (cue ominous music…)

*This post was originally written in 2013 when our son was just 2 years old. Now he’s almost 9. I’m reposting this because I just came back from vacation and I’m swamped. We’ll get back on the regular schedule soon. Thanks!

He harassed the birds for a while until I dragged him to another park. This park has a bunch of grassy hills and he loved to run up and down the slopes. He was doing fine until he fell down on his butt and his right hand landed on a piece of dog poop!!! His latest favorite word is yucky and he has been pointing out yucky stuff all day long. And as you can imagine, this damp pile was quite yucky. Anyway, he got quite distressed and wanted to wipe his hands on my jeans. OK, normally I let him wipe his wet or dirty hands on my jeans, but dog poop? I told him, don’t touch anything and let’s go home. He got even more distressed and kept repeating “yucky yucky” so I had to let him wipe his hand on my jeans…

After he wiped his hand, I told him not to touch anything and started heading home. About 10 steps into it, he suddenly wanted to hold hands. Yes, the poopy right hand. Really? The guy was refusing to hold my hand just a few minutes ago. Fine, I figured his poopy right hand will be safer in my hand. He had been touching his face because he had a runny nose and I really don’t want him to do that with a “yucky” hand. Anyway, we rushed home, washed both our hands REALLY well, and threw our jeans into the hamper for momma. We called at work to let her know what happened and she had a good laugh out of it.

So what’s the point of this story? If I was still working for a corporation, I wouldn’t have had this dog poop story to tell. I never had this much fun at work and I hadn’t felt happiness in the office for years. The office was pure drudgery and the only reason I stuck around was for the paychecks.

The next day, I caught a clip on NPR – Can Money Make You Happy? It was short, but interesting. For us regular people, we know money is related to happiness. We need enough money to pay for necessities and that will prevent us from being poor and unhappy. Once we reach a balance and start spending on luxuries, then each dollar spent only brings a little more happiness. It’s an intricate relationship and it can be difficult to figure out how to exchange money for happiness. I don’t want to write too much about the detail of Happiness Economics because I’m not an expert so you can read more at Wiki if you’re interested.

At the end of the program, one speaker asserted – “if money isn’t making you happy, you’re not spending it right.” That got me thinking about how I spend money because as you know, I am a pretty cheap guy. I have been pretty tight lately because my current income is just a small fraction of my old salary. However, I am much happier every single day. What’s going on here?

In my case, we have to think a bit differently. I gave up about $60,000 per year when I retired from my engineering career to become a stay at home dad/blogger. Giving up money is the same as spending money in my book so you can say I am spending $60,000 per year to have more time with my kid. That seems like a lot of money, but I think it is well worth it. I am doing much better than when I was stressed out all the time. Baby RB40 is happy and healthy. He can read numbers from 1 to 10 and most of the alphabet. Mom is also happy and she mostly likes her job. Interestingly enough, she is also less stressed than when I was working.

In real life, I probably would just save and invest that money, but this is a thought exercise so let’s see what I can buy with $3,750/month.

The hole of discontent

Wow, $3,750/month disappeared quicker than I thought. A bigger home and a nicer car already wiped out 60% of the extra money. The rest went to entertainment to balance out the hell I’d put myself through on the weekdays.

The real problem is that I started in a hole of discontentment. Since I hated my job, I need to spend a bunch of money just to get back to parity. I don’t think it would even be really effective. If I was happy at work (or at least NOT unhappy), then I could focus on spending that money more wisely.

Experts on happiness recommend spending money on experience and on loved ones. That’s better than buying things for yourself. We love traveling and that’s what I should spend money on. However, my family is even more important than travel. That’s why I don’t mind having less income because I could spend more time with my son. I’m a lot happier after 7 years of early retirement. If I could do it over again, I wouldn’t change a thing.

Happiness can be elusive. When you have it, don’t let it go. If you are unhappy, figure out how to change the situation. My corporate job was draining so much out of me that I had to give up my engineering career. I could have tried changing jobs, but as long as I was contemplating the move, why not try something drastic? If you have money and are unhappy, you’re not doing it right. Figure out what really makes you happy and focus on that.  I did, and I am much happier.  Poopy hand and all.

Do you think money can buy happiness? What would you spend if you have $3,750/month of extra income?

*If you’re thinking about quitting your job, you should read Financial Samurai’s book: How to engineer your layoff. It’ll prepare you to exit gracefully and lay the groundwork to get severance pay. Don’t quit and walk away with nothing like I did.

The post Swarming Pigeons, Dog Poop, Happiness, and $60,000 appeared first on Retire by 40.

This is very far from over, it has encompassed each and every one of us worldwide and will impact our lives for generations to come… many are putting their heads in the sand. I am not an activist but I am a citizen concerned about where all of this is leading to.

How to work from home with your kids

How To Stay Safe From Covid-19

Get Your Ex Back

Find the best credit repair companies that are sure to get results!